Monkeypox is nothing to worry about and outbreaks will be in the hundreds rather than the thousands of cases unlike Covid, according to a leading doctor.

The World Health Organization has confirmed 92 cases and 28 suspected cases of monkeypox in non-African countries, where it is endemic – that is, widespread – in some countries, including two in Australia.

Symptoms of monkeypox include fever, body aches, chills, fatigue and after one to three days infected people may also develop a rash and fluid filled lesions (pictured)

But Dr Coatsworth said there was no reason to panic and the outbreak would not turn into a pandemic, which is when an outbreak occurs around the world.

“We know about monkeypox, it’s endemic in West Africa and the Congo region of Africa,” Coatsworth told the Today program on Tuesday.

“We know a couple of things: We know the biggest outbreaks in decades have been in the hundreds – not the thousands.

“In my view, this is not going to be heading towards the same type of national epidemic that we have seen with Covid-19.”

It is also much less contagious and also has no evidence of long-term effects, unlike Covid which affects 1 in 3 people far beyond their initial infection and even causes permanent damage to cells and organs. .

Health officials were told to closely monitor new cases at an emergency meeting called by the WHO on Saturday, as the disease appeared to be spreading among people who had not traveled to Africa .

However, health officials have also pointed out that the rise in cases does not feel like the start of another pandemic, as the virus needs close contact to spread.

The WHO has identified the cases as belonging to the West African monkeypox clade, which is relatively mild, compared to the more severe Congo Basin strain, which has a case fatality rate of up to 10%. 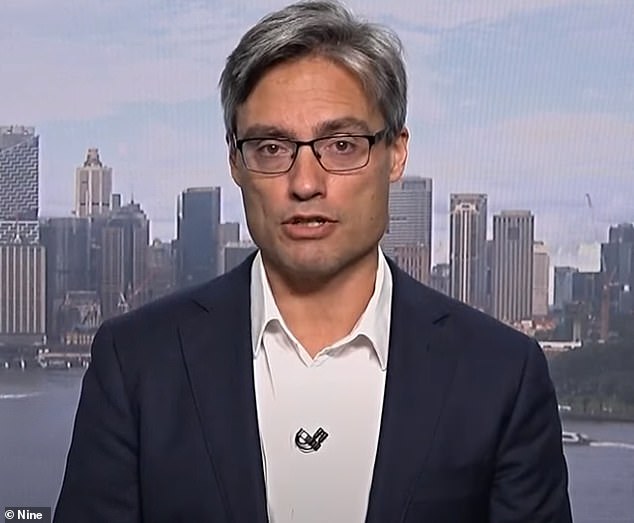 Symptoms include fever, body aches, chills, and fatigue. After one to three days, some people may also develop a “chickenpox-like” rash and fluid-filled lesions on the face, arms, and legs.

Mr Coatsworth said that although monkeypox is a difficult disease to transmit, health officials should always “treat it with respect”.

“It can be transmitted in three ways: by contact, by droplets and, in a small number of cases, by air,” Mr Coatsworth said.

“So it’s definitely a harder disease to transmit…that’s why I think we’re going to contain it.”

The virus is generally self-limiting, meaning an infected person recovers within weeks without treatment when placed in isolation.

Treatment for the rare viral infection includes the smallpox vaccine, which has been shown to be up to 85% effective against monkeypox when given up to four days after potential exposure.

Monkeypox was first identified by scientists in 1958 after discovering the disease in monkeys with the first human case identified in a child in Congo in 1970. 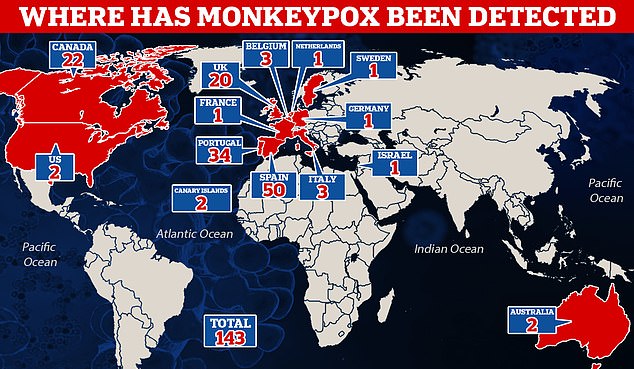 The disease is endemic in central and west Africa – the recent outbreak was first confirmed in Europe on May 7 in a person who returned to England from Nigeria.

Infections have been reported in Britain, Italy, Portugal, Spain, France, Germany, Belgium, Sweden and the Netherlands with confirmed cases in the United States, Canada, Israel and in Australia.

A 40-year-old man from Sydney developed a mild illness several days after returning from the UK and his GP discovered the telltale symptoms of monkeypox, blisters and rashes.

Another case in Victoria was also reported in a man in his 30s who had traveled to the UK and developed symptoms after returning on May 16.

Belgium was the first country to introduce a mandatory 21-day monkeypox quarantine after three cases were recorded in the country.

The infections, which were first recorded on Friday, are all linked to a festival in the port city of Antwerp. 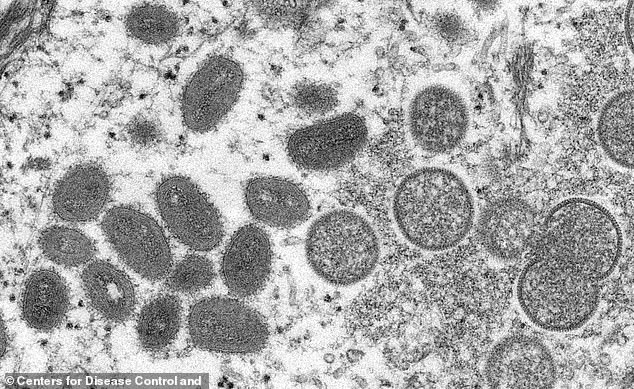 The virus spreads from person to person through close contact with lesions, bodily fluids, respiratory droplets and contaminated materials such as bedding – and can be transmitted sexually (pictured, an electron microscope image from 2003 showing monkeypox virions)

The WHO said the virus is transmitted from person to person through close contact with lesions, bodily fluids, respiratory droplets and contaminated materials such as bedding.

“Cases have primarily but not exclusively been identified among men who have sex with men,” he said.

Although a clear link between the cases has yet to be established, transmission may have been going on for some time, with many cases being identified at sexual health clinics where men have sought help for lesions on their genitals.

The chair of the WHO Strategic and Technical Advisory Group on Infectious Hazards with Pandemic and Epidemic Potential, David Heymann, said the sexual transmission of monkeypox amplifies its global spread.

“What seems to be happening now is that it has entered the population in a sexual form, in a genital form, and is spreading, just like sexually transmitted infections, which has amplified its transmission around the world” , did he declare.

No one has died from the viral disease to date.

What is monkeypox and how deadly is it?

What is monkey pox?

Monkeypox is a rare viral infection that people usually catch in tropical regions of West and Central Africa.

It is usually spread through direct contact with animals such as monkeys and squirrels, which are known to harbor the virus.

However, it can also be transmitted through very close contact with an infected person.

Monkeypox was first discovered when an outbreak of a smallpox-like disease occurred in monkeys kept for research in 1958.

The first human case was recorded in 1970 in the Democratic Republic of the Congo and the infection has been reported in a number of countries in West and Central Africa since then.

Only a handful of cases have been reported outside Africa so far and they were confined to people with travel links to the continent.

How deadly is it?

Monkeypox is usually mild, with most patients recovering within weeks without treatment. However, the disease can prove fatal. .

The most severe Congolese strain can kill up to 10% of the people it infects, while the milder West African strain, the source of the current outbreak, kills one in 100 people.

Monkeypox shuts down certain aspects of your body’s ability to fight infections.

Due to the presence of other viruses and bacteria that your body cannot fight off, in the worst case, patients can succumb to life-threatening shock throughout the body and blood poisoning.

Death is more likely to occur in younger patients. The skin lesions are painful and disfiguring and can be the source of other infections.

How does it spread?

Monkeypox is not a sexually transmitted infection in nature, although it can be transmitted through direct contact during sex.

Contagious lesions, through which infections are most likely to spread, can appear on any part of the body.

The infection can also be transmitted by contact with clothing or linens used by an infected person.

So far, monkeypox had only been detected in four countries outside of Africa – the UK, the US, Israel and Singapore.

And all of these cases had travel links to Nigeria and Ghana.

The World Health Organization said the virus has an incubation period of 6 to 13 days, but can range from 5 to 21 days.

What are the symptoms?

But its most unusual feature is a rash that often starts on the face and then spreads to other parts of the body, usually the genitals, hands, or feet.

The rash changes and goes through different stages before finally forming a scab, which later falls off.

Is there a remedy?

Since monkeypox is closely related to the virus that causes smallpox, smallpox shots can also protect people against monkeypox.

One vaccine, Imvanex, has been shown to be approximately 85% effective in preventing monkeypox infection.

Antiviral drugs and blood pools from people vaccinated against smallpox can be used to treat severe cases.

What should I do if I have symptoms?

Anyone concerned about being infected with monkeypox is advised to contact the clinics before their visit.

Health chiefs say their call or discussion will be handled with sensitivity and confidentiality.